Some other people I would like to see are The Beard Bro’s. They were both recently on The Co-Optional Podcast, and work in the same office with @Dexteritybonus @Strippin and Jesse Cox, so it wouldn’t be that hard to set up. I think.

I would really like to see more experienced players in general. It feels like every Rollplay show is “Experienced GM teaches streamers to roleplay.” And that’s fine. There’s nothing wrong with it. They’re all entertaining people. But variety is nice and it gets old watching charming people with good chemistry taking their first steps into roleplaying. Sometimes it would be nice to watch people who have practised these skills over decades at work. Sometimes it would be nice to have players who practise good player habits (learn the rules, Jesus Christ).

Anne would be a great 4th.

It might be cool to see Force on the show

Any of the folks from shut up and sit down Example
Jim SterlingExample
Patrick Rothfuss (guest GM) Example
the other folks from the Critical Role cast, Talesin in particular for me Example
Neil Gaiman (guest GM) Example
Amanda Palmer Example
Danny O’dwyerExample
MC Frontalot Example
Bill Bailey Example
Stephen FryExample
If you do indeed run short of guests, I am probably Available and would most likely be an embarrassment to all parties.

In all honesty I would be happy to just see them rotate through the existing RollPlay Family. Allowing them to run their own game for oneshots as has been done recently with Crendor and Dodger.

Building chemistry between peoples isn’t always going to work, and I feel that introducing strangers to eachother live, over a camera, to an audience and then having them play out fantasy characters can make that task even more daunting.

So, the folks above would be interesting to see thrust into a live session or playing with folks they don’t usually. But most importantly of all I would like to see people who are comfortable with the other members, up for fun and exploration of the themes set upon them and a confidence in the game they are playing.

Really what this brand really needs is a man who can put a bit of the zip and pzazz back into the tired Fantasy genre. Someone who can put the ass back into gravitas.

The writer of The IT Crowd perhaps.
the Fella who GM’s High Rollers for yogs cast?
Idris Elba
Dara Ó Briain
Rufus Hound

I mean, at that point I feel like we should just get Richard Aoyade to GM.

@CultureSyndrome in case you didn’t know, Patrick Rothfuss guest starred on two episodes of a Misscliks campaign (a RollPlay spin-off DMed by Neal Erickson (DnD 2e)). He was a guest on S02E04 and S02E06 of Misscliks Demigods: S02E04 Part 1

Would also love to see him on one of the RollPlay shows!

That would indeed be awesome.

If you do indeed run short of guests, I am probably Available

Yes, all of these people! 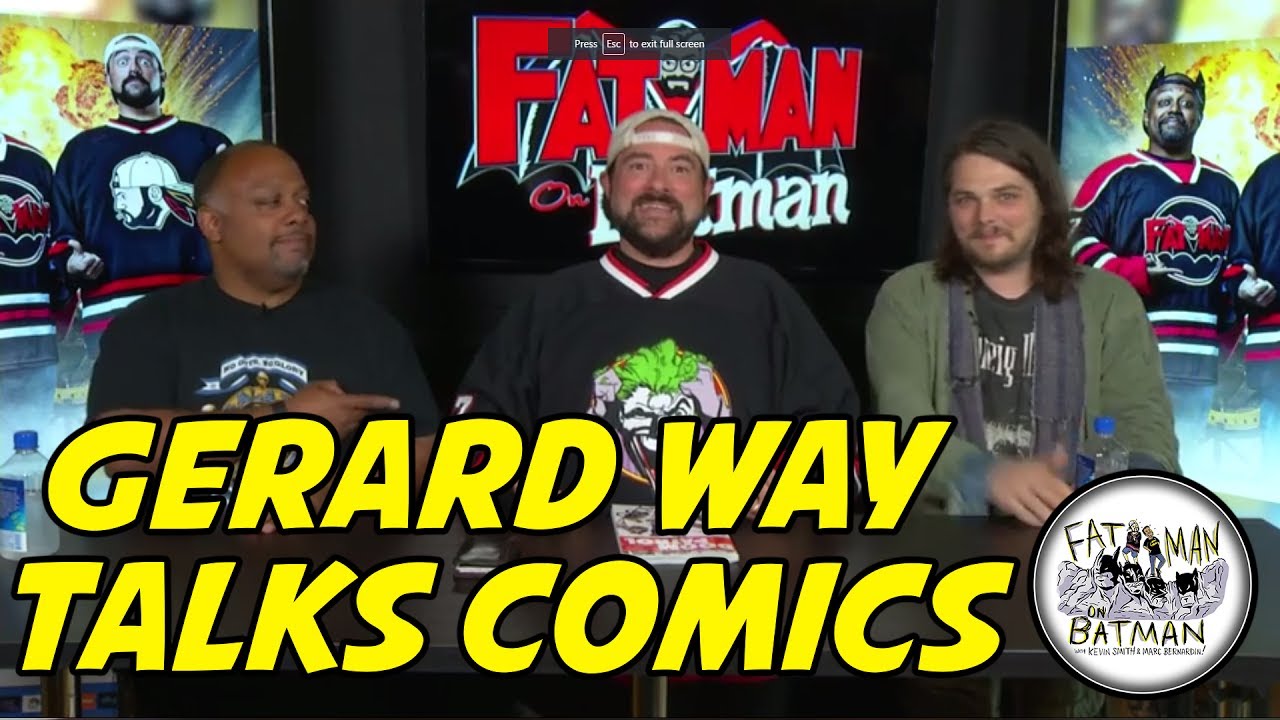 He’s currently involved with creating comic books. Might be cool if you guys reached out to do a one shot and he could promote his young animal comics in the process.

That’s an odd choice, you a big fan of this guy? He only mentions RPGs very briefly when I skimmed through the video.

I’d love to see Bikeman on here tbh. I think he’d be great.

I would love to see Ryan, Steven, and Maggie come back, not necessarily all on the same show but i miss seeing them on Rollplay

Commander Holly would be amazing! She is currently on the Wizards of the Coast show, Waffle Crew. She has created some amazing characters. She also has roots as a GM. Throwing Holly Conrad’s name in the hat. She is an inspiring artist and very entertaining content creator.

Commander Holly definitely has the D&D cred as well. This would be a great fit on Court of Swords. @Itmejp you should try and reach out.

Mark Diaz Truman - I’ve heard mark on quite a few panels, interviews and even a couple rough actual play videos and man, what a human being. He expresses himself so eloquently and always comes across as confident, inclusive and entertaining. He’s got design chops too, having worked on Urban Shadows, Fate, Our Last Best Hope, Firefly, Cartel etc. etc. I have so much respect for mark and could listen to him talk for hours, it’d be awesome to see what he could bring to a well-produced AP series.

Alex Roberts - Alex is a treasure. She has a sharp wit and some dulcet tones. She hosts a podcast that does thoughtful, cozy, intimate interviews with some heavy rpg and larp designers. It’s part of the One Shot network and she’s appeared on a few other shows and APs in that network as well!

Jack De Quidt - Austin’s creative counterpart on friends at the table. He’s wonderfully poetic and expressive, both conversationally and musically (he’s also a composer!). Plus the FatT fandom is vast, friendly and full of fan art.

Whitney “Strix” Beltran - Strix is a Ph.D. student studying mythology and psychology and one of the designers of bluebeard’s bride. She’s extremely intelligent and SO MUCH FUN, she would get along fabulously with any cast. She lives the twitch RPG Life too, she’s on a few series over at hyperrpg and runs her own show called Weekly Affirmations that explores indie and freeform role playing games.

Jory Bowers & Andi - these two are playing in Stras’s Scum & Villainy campaign over on Actual Play and from the VERY FIRST session, they immediately became two of my favorite players to watch. The way they portray their characters is so genuine and real and the amount of fun they have is totally infectious. Seriously recommend that everyone check out www.youtube.com/actualplay, the group is a joy to watch.

Jason Cordova - The man behind a lot of the awesome content that’s coming out of The Gauntlet podcast network. He co-hosts The Gauntlet podcast, Discern Realities (a podcast about award-winning tabletop role playing game Dungeon World), and has refined the short form AP format with the Comic Strip AP and Pocket Sized Play podcasts. Check out PSP: Mercy Falls for some tightly edited Monsterhearts with quality analysis in the show notes. Plus The Gauntlet would definitely be another community worth cross-pollinating with.

John Harper - John is obviously an incredible GM which basically guarantees that he would be a fantastic player on Rollplay, as evidenced by his portrayal of Frankie in Roll20’s AW series. I’d love to see some new folks getting involved but John is a familiar face to the Rollplay community and I’m basically at a point now where absolutely confident that I’ll enjoy a show if he’s involved. Pipe dream: Getting to watch Jason Morningstar run Rollplay: Agon 2e for John once it’s in a playable state, it would be so heartwarming <3

I can definitely think of more amazing folks that I’d love to see getting involved in the entertainment sphere of RPG content but I think that’s enough for now. @AdamKoebel this list goes for any Roll20 shows as well! I absolutely loved the current mainstays and I totally understand the desire to play with close friends but it would be nice to see at least one of the two concurrent shows switch things up in the interest of keeping things fresh. thats it, love y’all <3

I was looking through my follows on twitch and was surprised to find CinnamonToastKen streaming some Dungeons and Dragons. He might be interested in doing something on Rollplay.

I would love to see BreaK on the show. Hes got a great stream and is a really entertaining guy. Hes also has some huge growth over the last year.