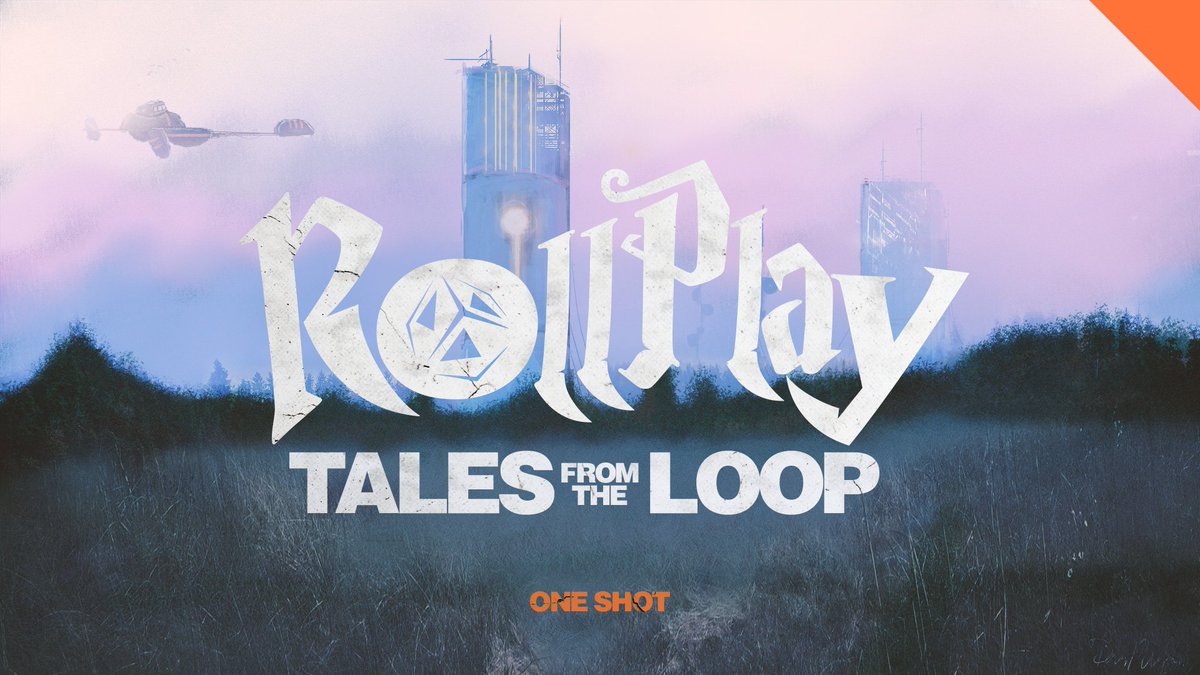 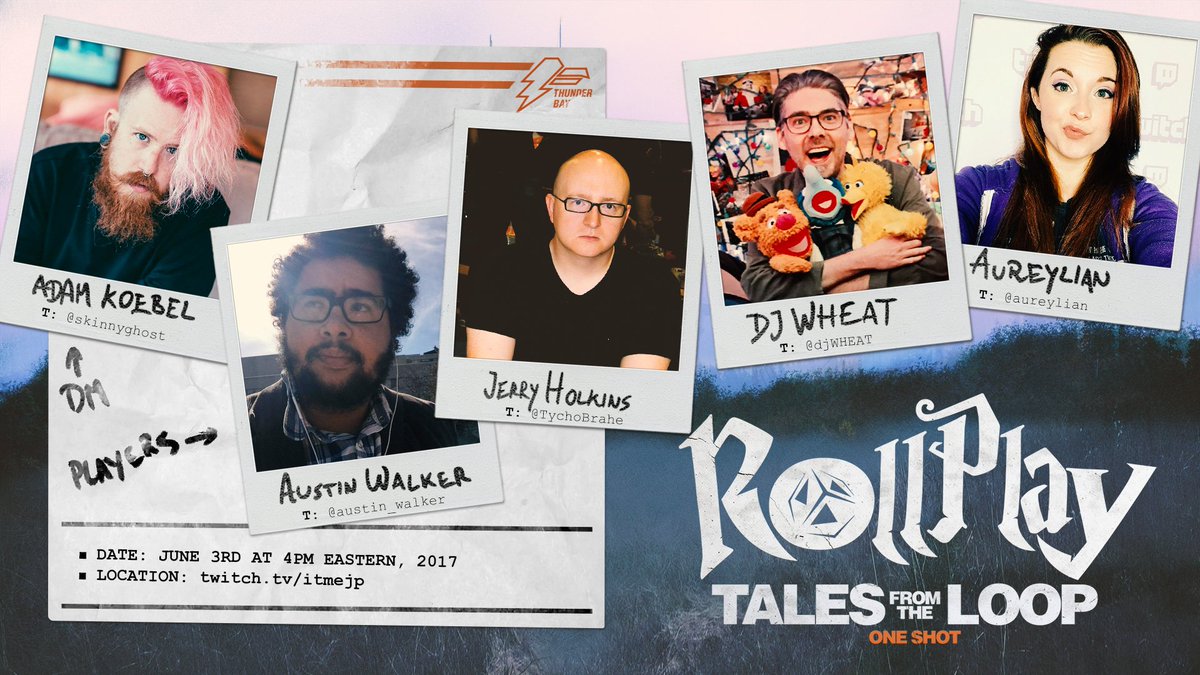 The next RollPlay one shot will be RollPlay Tales from the Loop which will air on June 3rd 2017 @ 4:00PM Eastern

In 1954, the Swedish government ordered the construction of the world’s largest particle accelerator. The facility was complete in 1969, located deep below the pastoral countryside of Mälaröarna. The local population called this marvel of technology The Loop.

regarding the @RollPlay Tales from the Loop game, there are two canon settings but I'm using an alternate one because canada

I just noticed the header on the Tales from the Loop one shot gave away my awesome Canadian setting. Get ready, Thunder Bay 1987.

To view all the upcoming shows and events, go to the Schedule (http://itmejp.com/schedule) for the times in your timezone. Make sure to also check the Twitch Events page (https://www.twitch.tv/itmejp/events) for your local time and the ability to add the events to your personal calendar.

Twitch events page for the show 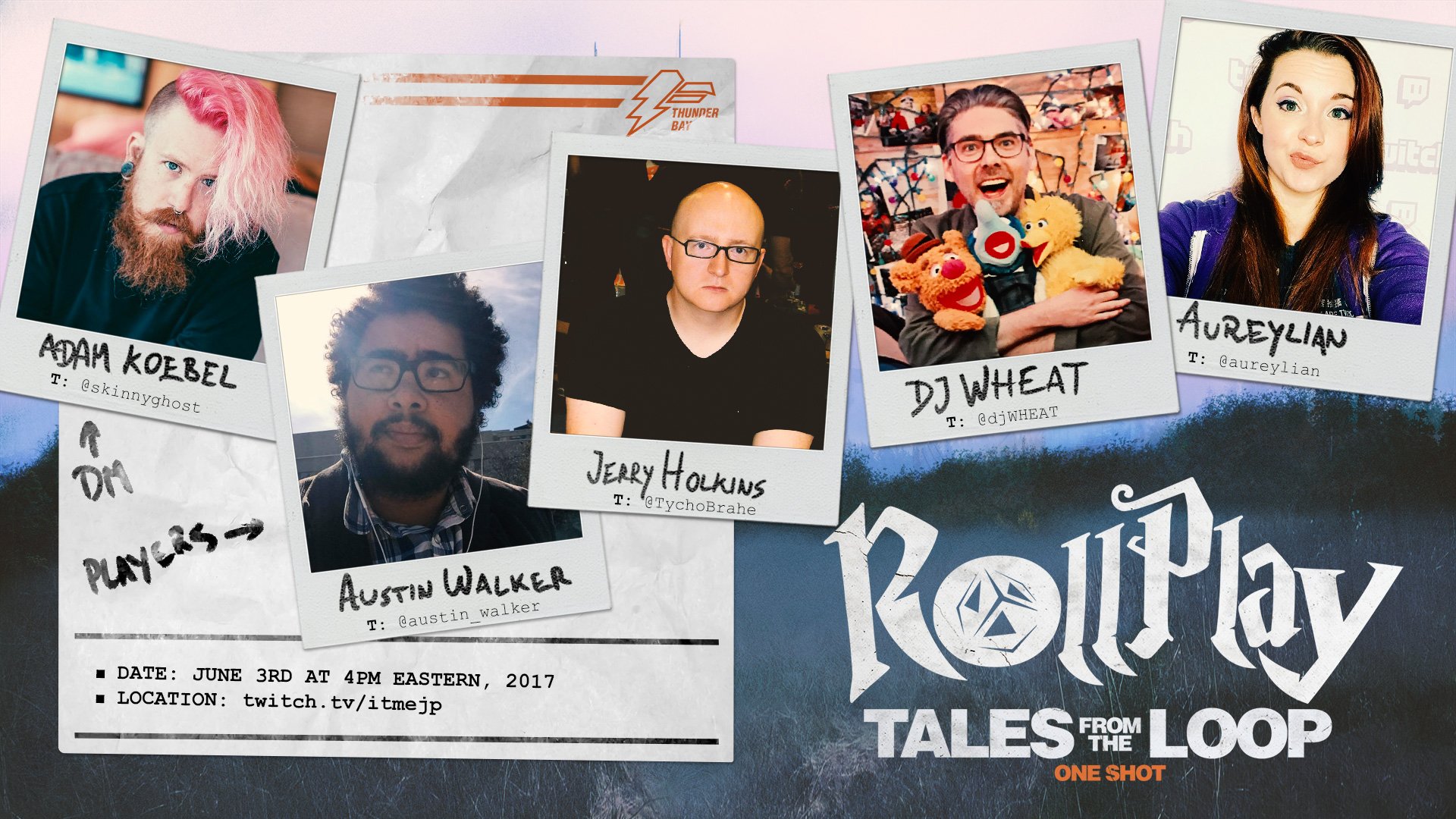 regarding the @RollPlay Tales from the Loop game, there are two canon settings but I'm using an alternate one because canada

This cast is stellar and the theme intriguing after what I read the book description. Can’t wait!

(I dunno any of the other types)

I just noticed the header on the Tales from the Loop one shot gave away my awesome Canadian setting. Get ready, Thunder Bay 1987.

I’ve been to Thunder Bay a few times, not a long drive from me.

I picked Thunder Bay because it’s got some cool industrial sites and a great spot to drop in a Loop, plus it’s where my dad was born.

*The Oilers won the Stanley Cup

*Sweden is the reigning world champions of hockey

*Ted Kaczynsky, aka the Unabomber, is out and about blowing stuff up

*The spacestation MIR is being assembled above earth

*Aliens, Short Circuit & Stand By Me just went up on the big screen.

Chris! This stuff is so helpful for like, background flavour. Edmonton jerseys on the streets, news about the comet and Challenger, Aliens up on the marquee.

Thank you so much.

So, I’m very unfamiliar with Tales from the Loop. What are the canon settings? Is it just like actual canon and fan canon?

God bless North America, if it was named UK style it’d probably be called Wobblebottom Cove or something.

Hopefully at least one party member will have bug spray in their inventory.

Lots of information about the game, book and artwork can be found on their kickstarter page: https://www.kickstarter.com/projects/1192053011/tales-from-the-loop-roleplaying-in-the-80s-that-ne

The canonical settings are Mälaröarna (just outside Stockholm, Sweden) and Boulder, Colorado.

As for inspiration for the setting, think ET, Stranger Things, Goonies, WarGames, and Stand By Me.

Glad to help! There’s so much stuff that went down during that time, both pop culturally and in global politics (hello cold war!) that can be piled on for flavor so I just picked some fun stuff that immediately stood out to me.

edit: AND DON’T FORGET THE FASHION

Looking forward to this. Love Tales from the Loop. And the cast line-up is fantastic. Love both Walker and Holkins from their various escapades in roleplaying (and on Roleplay); Wheat and Aureylian are always entertaining.

This is gonna be sweet.

Know nothing about The Loop, but this smells like a drift of the Road-side picnick. Just without the maybe aliens.

Nobody has any idea why the aliens came, nor why they left. At one point, a Nobel prize winning physicist who works on the Zone technologies admits that the items may have been left behind as garbage. The aliens might have been the equivalent of humans on a picnic leaving behind foil wrap, batteries, motor oil, and other bizarre bits of junk that confuse the local animals.

The fun thing is, Road Side picnic is supposed to be set in a town in Canada, and in 1977 the book was already available in English. This means that the kids, without any anachronisms, could pretend to be stalkers

Seriously tho, everybody go read the roadside picnic. It is awesome