Miss the announcements? Here is a quick recap 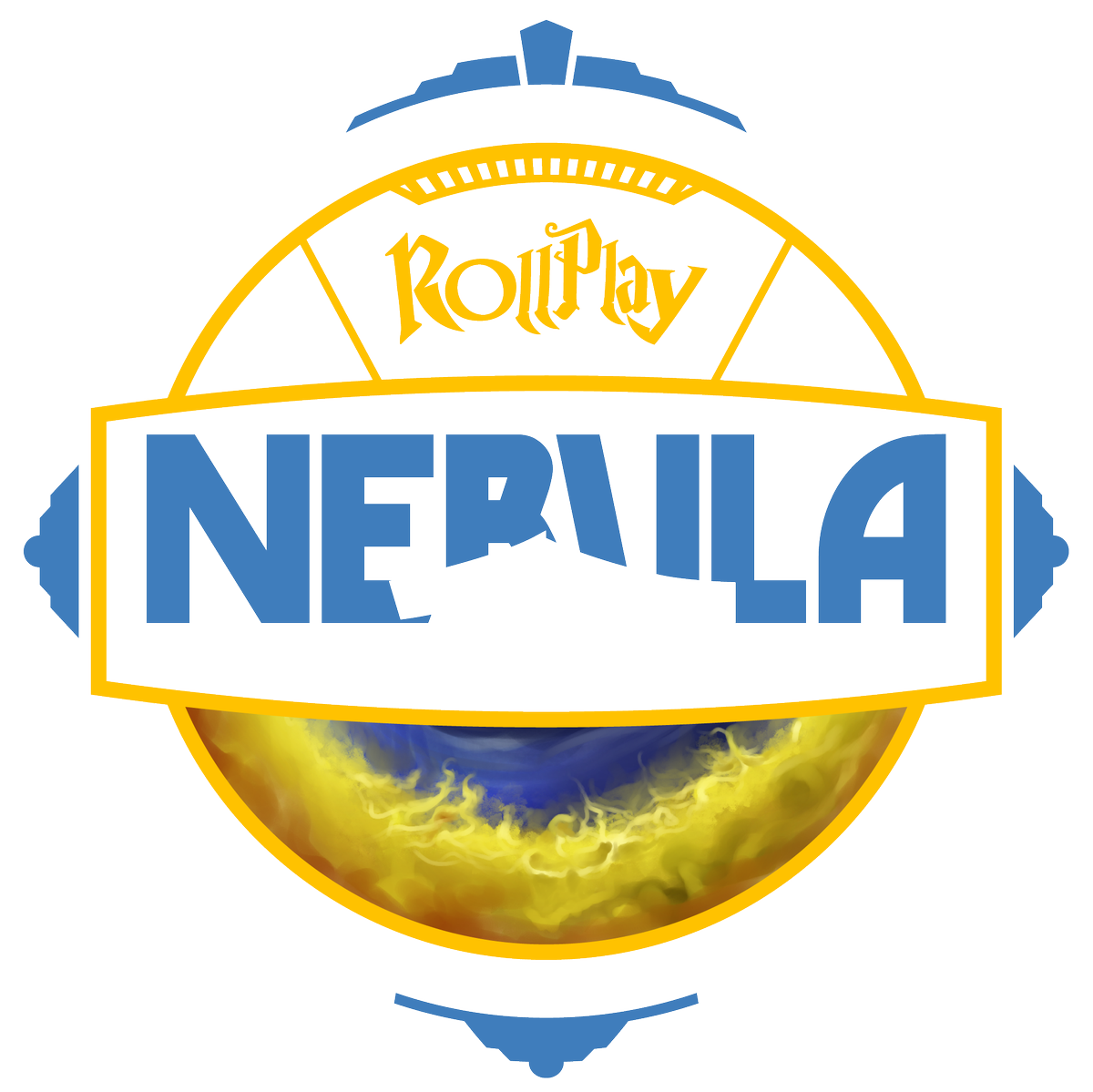 Awesome announcements.
Follower only chat and the new streaming schedule is awesome.
Looking forward to the Crendor one-shot and the new show.
Might be the first live live show i skip though.

Pretty cool. Did it cross anyone else’s mind that he might say RollPlay Original for the anniversary instead of Swan Song? Here’s hoping for the five year.

I’m as excited to get to get more Swan Song as I am sad that Steven can’t come back for it. Which is to say, very,

He left to make more time for West Marches more than he did for work.

Remember to keep this civil. This is not a place to complain and throw out accusations or speak for Steven or JP.

4- Crendor will be running the January Oneshot called DIE-KEA using the Mutant Future rule-set (JP, Dodger, Strippin, and Jesse as players). Will happen sometime in mid-January.

He does a weekly three hour podcast, so a four hour oneshot shouldn’t be that big of a problem. But yeah, his health and scheduling in general may be a problem for that. Also, back in the Dark Heresy days, I think he said the only reason he even considered joyining in on the RP was because it was 40k, so yeah, probably not happening.

I briefly thought that when he started to announce a live show on the anniversary.

I never liked swan song, Not into the sci-fi systems. More a Fantasy/DnD person. Also easier to understand for me since i understand swords and fireballs but not all the stuff in swansong

I’m really looking forward to the Swan Song One Shot. Hugely disappointed when the show was stopped without completing all the major loose ends. I really hope that this one leads to something of a more substantial return of Swan Song. in comparison, I feel like the show stopped somewhere after a point like the end of Empire Strikes Back, but before the end of Return of the Jedi.

I think he could make it work weekly or bi-weekly, he makes time for Critrole and for that he has to be in one location almost every week and makes it. He’s a big VA sure but I don’t think he works nights (as evidenced by critrole) and weekends for that, and we already have to deal with cons and such between JP Geoff and DJWheat. Not saying it’s going to happen but I think you’re overselling how packed his schedule is compared to DJWheat even who has a day job and a kid and did two shows a week at one point.

Nebula Jazz puts me in mind of Cowboy Bepop lol.

[quote=“Tahkai11, post:1, topic:752”]
1- Follower Only Chat.[/quote]
Such a great feature. Hopefully a lot less spam bots and drive by trolls

I shall try to adapt!

4- Crendor will be running the January Oneshot called DIE-KEA using the Mutant Future rule-set (JP, Dodger, Strippin, and Jesse as players). Will happen sometime in mid-January.

HAHAHAHAHA! this is going to be so awesome. DIE-KEA lol

5- The new Rollplay show has a name; Rollplay Nebula Jazz. Shows will start sometime in January. (Jesse, Pokket, Strippin, and Dodger, with Adam as DM). Will be using the FATE Accelerated rule-set.

'd for this! Really cool logo. Would look great on a shirt

6- The 4 Year Rollplay Anniversary is coming up and there will be a Rollplay Liveshow in celebration on February 25th with the return of Swan Song (Adam DM, and JP, Geoff, DJWheat, and Matt Mercer as players). This will be a Oneshot*

This is amazing news can’t wait

Voice actors have an unpredictable schedule based solely on when their employers need them for sessions, and they have to do tons of extraneous stuff beyond just their job to stay in the profession, like auditions, workshops, interviews, other creative endeavors (some of them are writers and/or producers), and other PR gigs. Critical Role is the most consistent part of their lives right now cause it’s actually become a big aspect of their professional personas, building their talent brand, putting their faces out there, and earning whatever pay they’re getting from G&S. And so on.

Don’t get me wrong - It would definitely be possible to have Matt on as a regular for Rollplay (and I’d love it), but if anything he has the least consistent schedule out of any of JP’s list of guests, and Rollplay is far smaller potatoes for him compared to CR.

Has that actually been confirmed somewhere? I’ve not seen a post indicating that the rewind we saw in the last episode is a complete reset. Did Adam post that somewhere?I’ve read through many of the Reddit posts surrounding the final episode and have not seen that confirmed. There were several pointed questions asking in the episode 50 Q&A and Adam purposely did not confirm. was it a reset or did we just play out a dimensional shift in the lest few episodes. As he has said before “Killing us is the least interesting thing he can do, he wants to make us suffer!”

Adam also said in that same Q&A,“I think it’s interesting how linearly everyone is seeing that “rewind”. It, like so much of the last few episodes, was metaphorical. What we’ll see when we come back is very much up in the air…”

Certainly there would be some changes in the verse if there was a time shift giving Higgs a different choice with Randy". However, that doesn’t mean a complete wipe, that “rewind” scene could of just been Adam giving us a visual(with some trolling to leave us guessing) of the universe putting itself back together again after Steven’s double 1’s destroyed it. Many of the primary story arcs could still be left intact. IF there were to be any changes they could of very well have occurred in a Eureka(the show) style effect. There we several statements inside Shindalien Valhalla that indicate that things were not complete…

Shindalien Viktor speak to Piani and says to her, “We put the child in your care and you’ve done a such fine job so far, but the hardest is still to come. The weapons needs to be stopped.”

Previous to that, Shidalien Viktor tells the Erik and the Paini stand in something to the fact of… things were let out and we couldn’t put them back in. After which Shindalain Viktor states,“you may not understand what we are trying to do”

All of this indicates that there is still work left to be done on that front. There is also a few statements earlier in the show point towards the attempted bridging between AI and MES. IIRC the Warmind was even trying to bridge that gap. Perhaps because they know that if they could that would allow them to remain intact through a reality swap or whatever you want to call it.

I’m exited for both the live show and Die-kea. Rollplay Nebula Jazz sound great too! I am more hesitant about JP:s plans to keep a more regular schedule and play side stories when cast is unavailable. While a regular schedule is great it’ll be hard to make side stories that fit and uphold the quality while at the same time not distracting from the main narrative. One of the reasons I don’t watch Steven’s Pendragon show or some of Neal’s stuff is that there were to many side story filler episodes. I would prefer a slightly more irregular schedule with a 100% focus on the main story to a regular show with filler side episodes.

Super excited for the live show, they have been one of the best things out of the Patreon. Also bringing back Swan Song is awesome .

New stream schedule seems pretty great from my perspective. I actually prefer shorter streams in general - means if someone is on a story game I’m more likely to not miss massive chunks, so will actually stick around. Time wise it’s decent enough for UK, I can normally push to 1-2am which is when they seem likely to finish