This is why we save our prep, y’all

Ensouling nameless with a fire dragon soul seems like a great way to get a draconic sorcerer. The next episode is going to be lit.

so was this the first stoke that killed the pervy old man or did he last though more then one stroke? Also Adam do you think youll let zeke and JP to help you run the ghosts cuz that sounds fun. Also If Berg find the crown of the emperor can he just take charge of the court of coins if he really wanted with the full set?

Hey @AdamKoebel I got few more questions. Care to answer them?
How long are Mara able to live?
What will happen if the soul from Bahath is transfered into a plain body like Maharib is intending to do?
I have a feeling the 3rd item of Fei’s collection arsenal is the crown. Is that true? If so sorry I ruined it.
What does a ‘‘singular entity’’ mean if Halflings exist?
Is a Halfling a mixture of two beings or more? If so what is considered as Halfling that is playable?

Just to clear out why some people were railing in the chat about Lucky feat. How the thing is worded you actually gain super advantage (roll 3 and pick any) if you have disadvantage and use it. It is widely considered nonsense and not used like that or not allowed at all. It might be a good idea to figure out what is the rule that would be used in CoS so it would be clearer for the viewers no matter what the ruling is.

Sage Advice about the matter. The last tweet is actually as clear as it can be what is the intention and from the rest one can see that they understand that it is a bit silly as is.

@JeremyECrawford Pls expln Lucky Feat from Sage Advice. So attacking with disad, luck point, now best of three? How is that still disad?— Dan Hass (@danhass) May 18, 2015 You pick the d20 but…

For reference, here are the Sage Advice articles that describe RAW for the Lucky Feat.

"The Lucky feat lets you spend a luck point; roll an extra d20 for an attack roll, ability check, or saving throw; and then choose which d20 to use. This is true no matter how many d20s are in the mix. "

@JeremyECrawford Pls expln Lucky Feat from Sage Advice. So attacking with disad, luck point, now best of three? How is that still disad?— Dan Hass (@danhass) May 18, 2015 You pick the d20 but…

“3rd item of collection” feeling was pretty much a direct quote.
I think, Adam said “Emperor was never seen without his crown, so third piece of a set is missing” when Ten Pillars was ‘inquiring’ Berg of his collection of Fei’s items.

I would suspect mara can live forever, just like gods. Also, if they don’t leave the void they would live forever by default, since “time” isn’t really a thing there.

How is the “primordials awaken” clock looking now that the party’s out of the void? Is it advancing in the background, or is it on hold until the party does more to shake shit up?

Some people mentioned in the chat that there is actually a pheonix flame subclass in one of the UA. It isn’t anything overpowered, but I think draconic sorcerer would be cooler because they get wings unlike the pheonix subclass. Sprouting wings at the time of need would be such a cool and dramatic moment.

“You may now bow to your queen.” 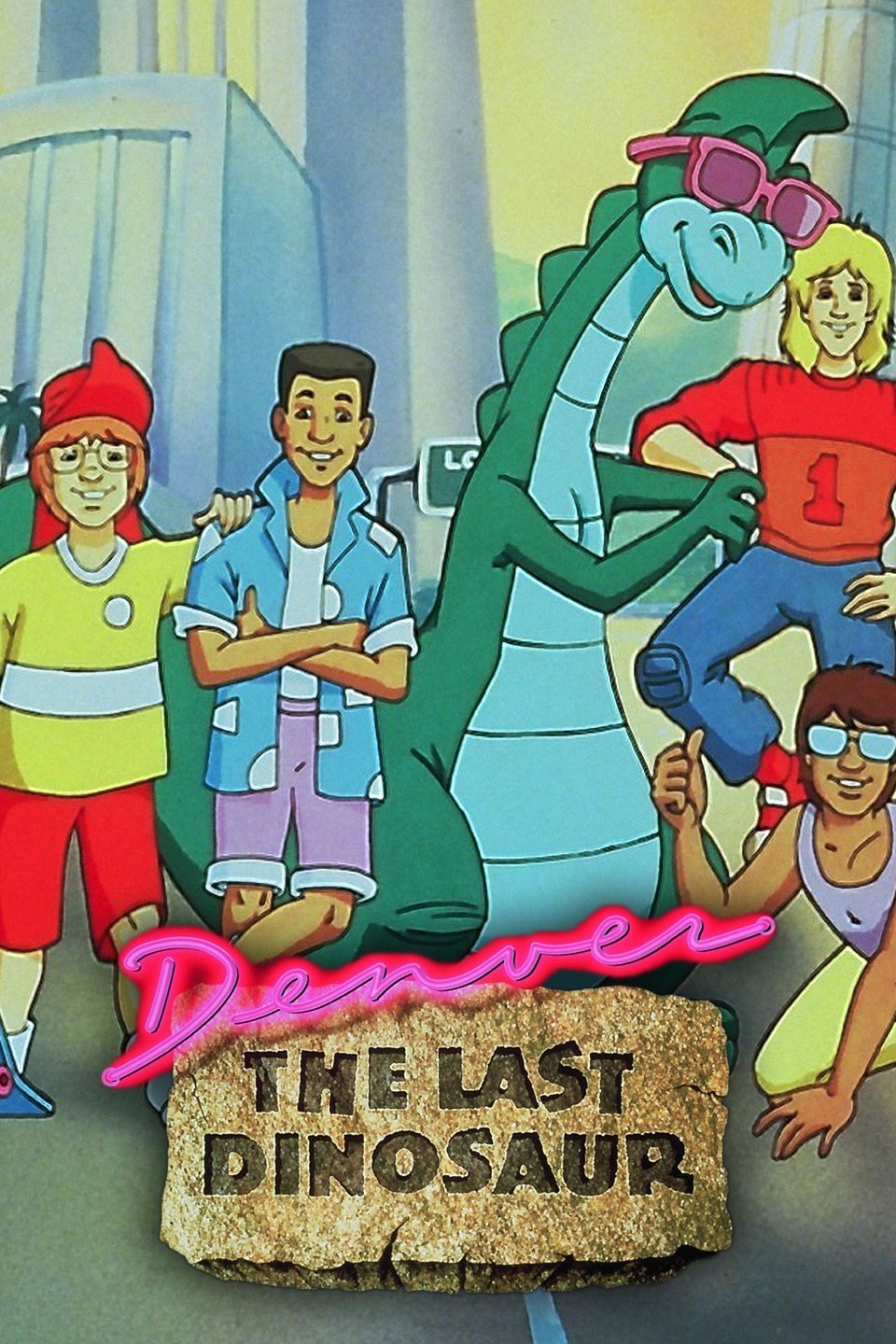 Also, the dragon soul is for Amira, not Nameless. Just because Ramus chose to misunderstand Maharib’s message doesn’t mean Maharib is going to go along with it

Kind of unfortunate that Ten Pillars won’t be present when “saved prep” fight happens.
Wouldn’t it be interesting to show Ten Pillars’ thoughts about Court of Swords magistrates, just to compare to himself…

Maharib can’t go against Ramus, or his axe won’t be happy.

Maharib can’t take action against Ramus, that doesn’t mean he has to obey anything Ramus says. Maharib’s the one with the Dragon Soul so he gets to decide how to use it.

After watching the Patreon video, I’m crossposting my comment here for a wider audience:

With a character like Berg, whose desires and ambitions have been squashed: if that’s all they are, that might make diegetic sense, but it’s boring from a narrative perspective. It needs to be depicted as a source of conflict to be interesting.

What would make it interesting is if Berg not having anything he wants for himself isn’t something people simply accept, but instead, it becomes a challenge he needs to overcome. Not being able to self-actualize is the tension, but it needs to be building towards some sort of resolution, or else it seems like Berg just has no reason to be there.

In Burning Wheel terms, he is playing into that Broken trait, and he needs to work towards his Deeds point moment, where he turns it around and realizes he does have the power to enact change and live for himself.

On the other hand, a story where Berg remains forever agentless, pulled around by the whims of others, could be a story of failure. But to make either that success or failure resonate, it needs to feel like that tension is moving somewhere first. It needs to become conflict, and not just remain a background assumption.

I think it is the lack of motion on that front that frustrates people. I am happy to see Zeke begin poking at it, and I hope Max will respond by getting Berg to question his depressed worldview.

While true that Maharib has the soul, neither of them have the Amira. Retrieving the body likely puts them into direct conflict with Gravedirt. Is Maharib willing to oppose first Ramus, then Gravedirt? Simply leaving is abandoning both Amira and Unnamed (to whom he would at least feel some affinity, given that she helped them escape the Void and was good on her word).

It could certainly be a point of resentment and add to conflict down the line, but I think the external pressure of Gravedirt and the fact that they only have Unnamed’s body is enough in-narrative for Maharib to surrender the dragon soul in exchange for a promise from Ramus that they’ll find another way to bring Amira back. Besides, Maharib showed that his soul could sustain the both of them, and Agni can work with souls, so they have the tools to bring both back.

In a metanarrative sense, it would be JP opposing bringing Zeke’s character back that Zeke wants to play. As far as real life politics and party play goes, there’s added pressure to give the dragon soul to Unnamed.

JP also mentioned in chat that he was happy that Dan was picking up what he was putting down by not specifying whose body should be brought.

And can I say how perfect of rollplaying that was on JP and Dans part and other people should take note. I know players that given the same situation would have said they couldn’t come up with a reason why Maharib would have had Unnamed resurrected instead of Amira. Keeping things vague so the player can make a decision the character wouldn’t is such a good tool. It also works really well in a party with a good character and an evil one. The good character just leaves rooms early and the player makes the character intentionally oblivious to evil characters acts.

I don’t know if I would say a good/evil dynamic is in play here, but your point is still solid. Personally, I think that if they can only revive one of them with this soul (they may be able to forge two smaller ones from the dragon, just like smaller flames break from Imix to form Agni et al), the smart play is to get Unnamed first. She has skills that could be helpful in acquiring a second soul (charisma), and would have motivation to search it out (she tried really hard to make Amira her friend, after all). And in combat, while Amira is no slouch (basically a goliath warrior at this point), the party isn’t hurting for front-line fighters. A second caster is more valuable to them for the time being. I know that Ramus is selfish, but he is also very wise. If he thought that reviving Amira first in the short-term might bring them more benefit in the long-term, he would probably do it. In fact, I think he could still be convinced to do that, since he may not want to risk the destruction of his queen on an unknown procedure. I think there may be more than one scene leading up to the final decision here.