Hello everyone, I made some stats about the rolls of Far Verona again. Due to the more complicated nature of the Genesys dice, it’s pretty difficult, to make nicely readable and informative graphs, but I tried anyways. I hope you like it and as always, let me know if you have any feedback/suggestions.

These graphs show how many triumphs, despairs, successes/failures and advantages/disadvantages each player has actually rolled on average and how many they should have statistically gotten. 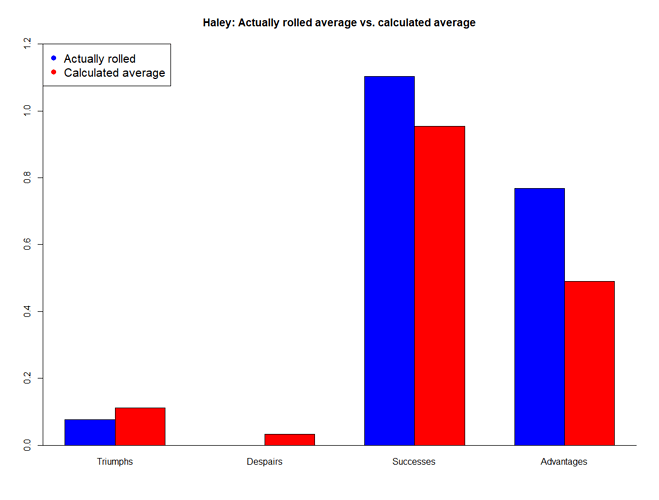 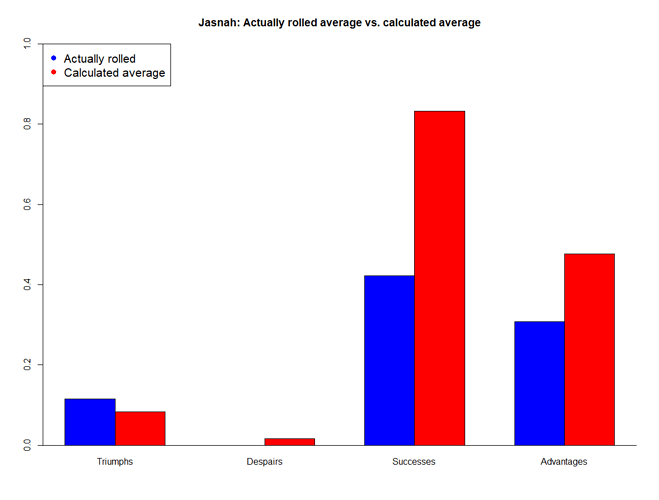 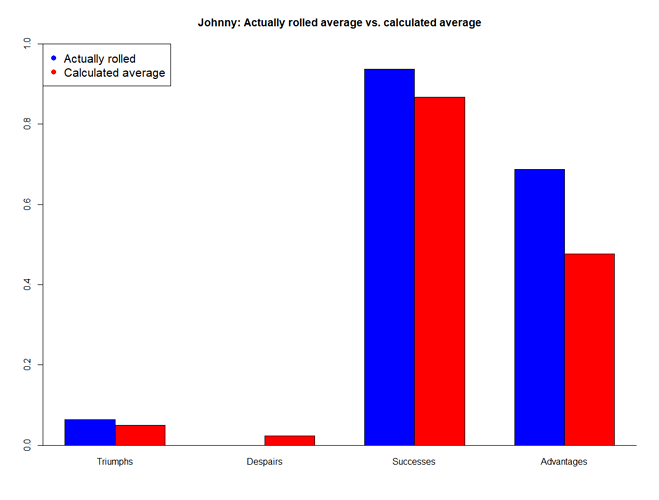 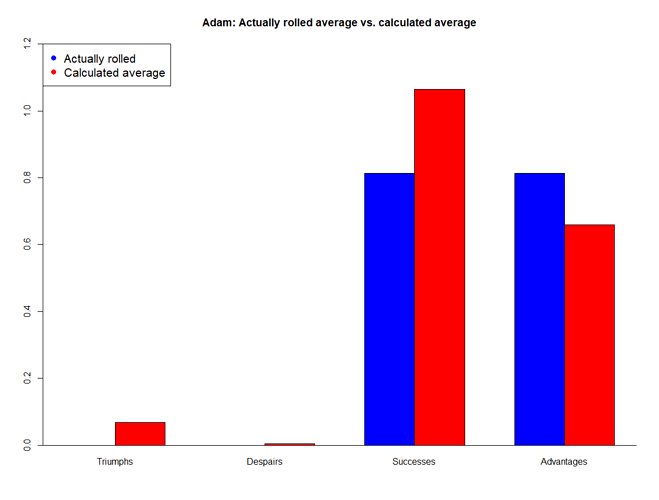 This graph shows the differences between how many triumphs, despairs, successes/failures and advantages/disadvantages each player has gotten and how many they should have gotten. For example if a player has a 0.8 average rolled successes and a statistical average of 0.9 successes with their dice pool, their success rating is at -0.1. 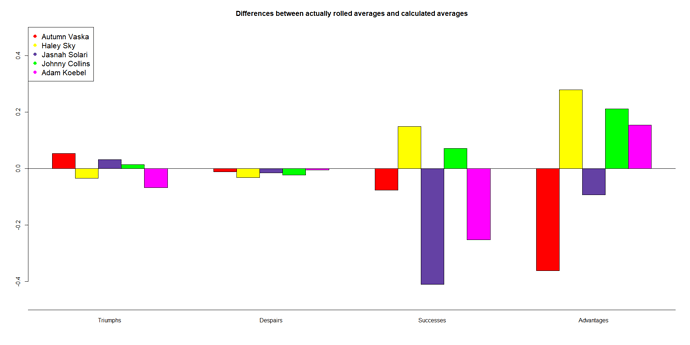