So hey, does anyone know where I can legally purchase or obtain a set of the Dark heresy rules? Preferably in pdf format? It doesn’t look like Drivethrurpg doesn’t sell them anymore.

More to the point, there’s no legal way for FFG to sell anything with a Games Workshop license any more, now they don’t have it. Physical stock will run out, the digital stuff was taken off of sale last year at some point.

That’s what I figured had happen. But since the physical stock looks to be private sellers who think it’s all worth $50-$150(I think i saw Tome of Blood for like $350), then I guess I’ll have to do without. Bummer.

It’s a PDF. It loaded up on my end at least.

EDIT: trying to figure out if it’s a legal link or not. Don’t want to have pirated stuff posted

I don’t think it’s legal to post links like that though, since it wasn’t legal beforehand and GW has never been particularly ok with posting stuff they can sell you.

Removed the link for now. I hope everyone can understand why. Don’t blame Jabba for it. If you still want to blame someone then blame me.
It was a google search link so that should make the hunt a bit easier I hope.

Yeah, and for what it’s worth, I don’t think that GW could publish them in their current state either. It’s pretty safe to consider the Fantasy and 40k RPGs that we know and love (or ‘love’) are in trapped in the publishing warp - the setting and names are held by GW but those editions are licensed from FFG.

Who knows, maybe one day GW will continue on their current ‘let’s not be terrible at our jobs’ streak and release new versions of everything but they’ll have to be different in some way, from what I can see.

A little off topic, but not important enough to create my own thread…
As someone that doesnt have alot of info on the 40k universe, what game can i play, what book can i read, what youtube video should i watch for some quick loredump?

I would like to be prepared for the One-Shot. So any advice is appreciated.

40K lore in 1 minute from The Biscuit himself: 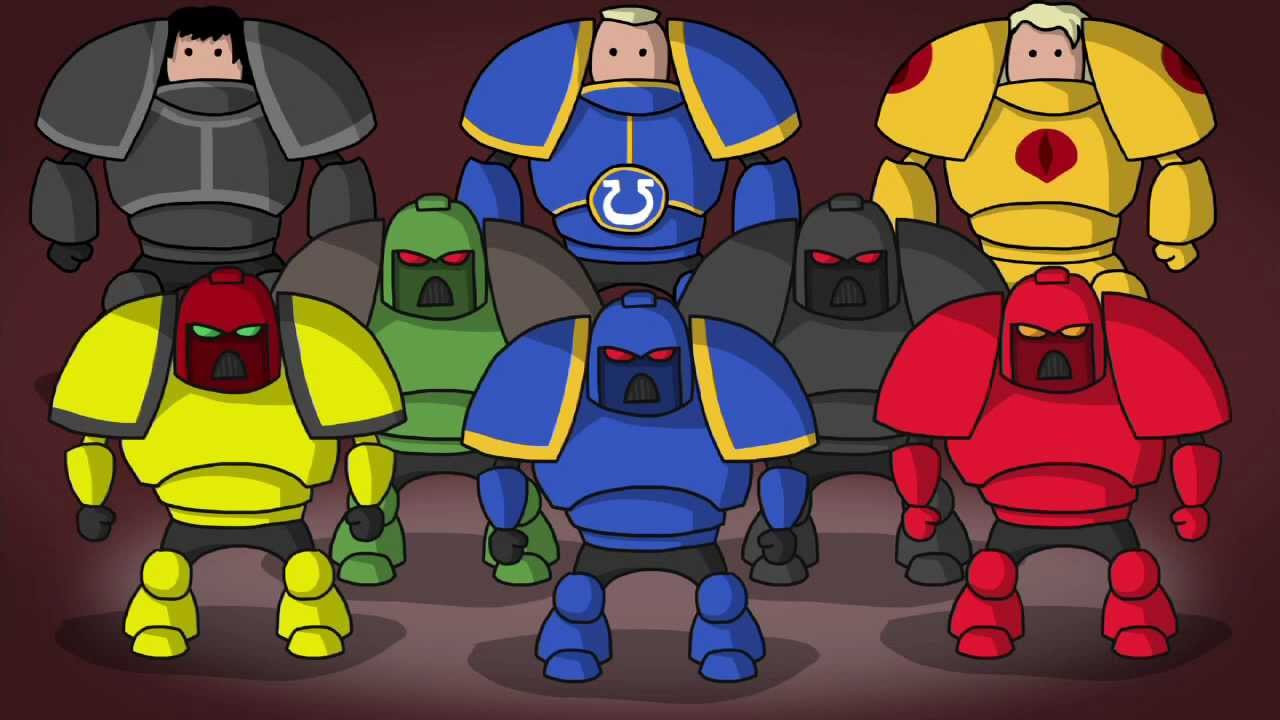 The organisation the players will work for is called The Inquisition who are space FBI, CIA, etc - they send agents to human colonies to make sure they aren’t being corrupted by demons, in league with non-human aliens or are operating any form of treason against the Emperor and the government ruling in his stead.

Summary of a couple of Hero Inquisitors that might be worth a read:

Another RPG publisher now has rights with GW’s properties, but I forget their name… I just remember they were noteworthy for publishing some decent games.

There are literally hundreds of novels. The prequel series alone (Horus Heresy) has something in the range of 20-40~ paperback books.

If you want a really easy, accessible, and somewhat humorous read of the overarching fluff, checkout the chan wiki: https://1d4chan.org/wiki/Warhammer_40,000

My personal “hot take” on what 40k is about: it’s the grim darkness of the 41st millennium, where gods, demons, and alien monsters vie for domination of the galaxy. The Imperium of Man is a 10,000-year-old regime, crumbling and stagnant, brutal and dogmatic, the last bastion of humanity against the monsters beyond our dominion. The Emperor is god, the Space Marines his angels of death, the Inquisition his purifying flame. Across the war-torn galaxy, ten-thousand apocalypses rage as the light of hope is snuffed out bit by bit. Know that you are one in a vast sea of trillions of souls, and you must fight for your survival by claw and blood, or else hope for a death by the flame, lest you succumb to greater nightmares. And, have fun. 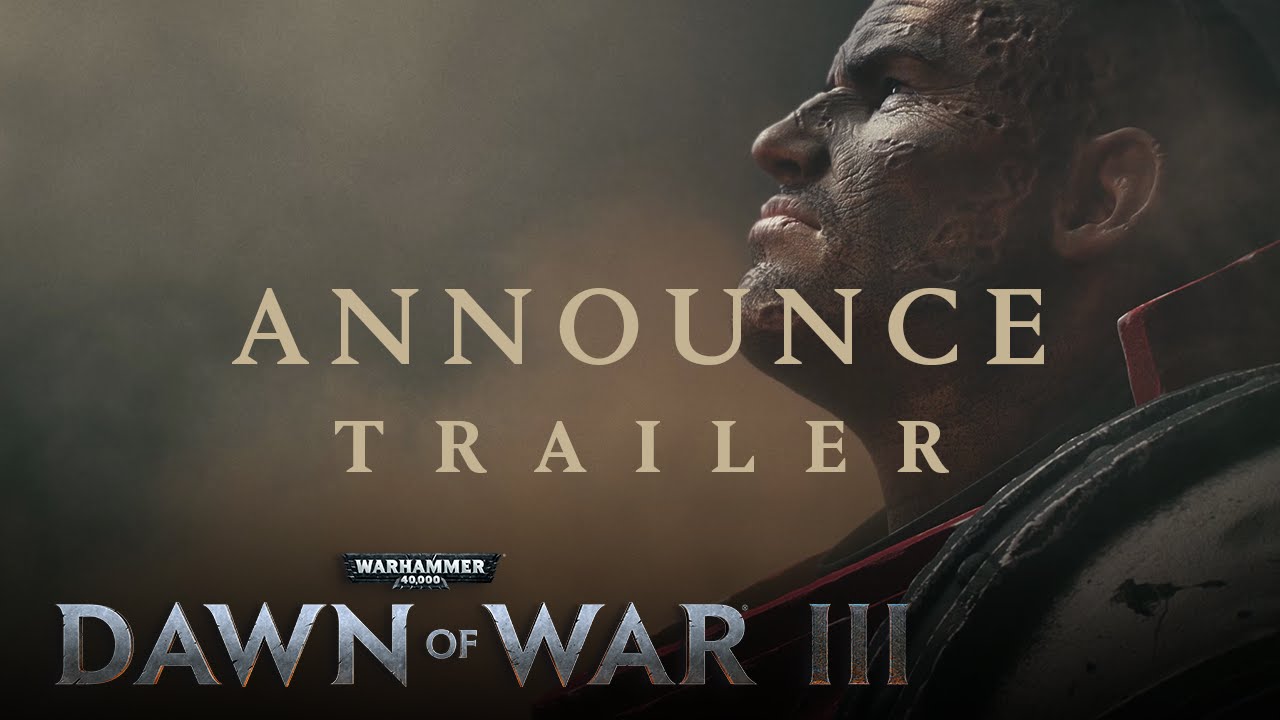 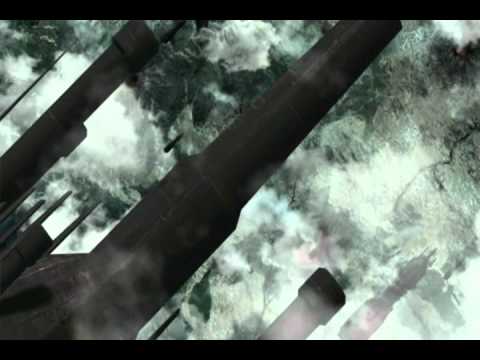 Don’t forget the Ravenor series. Fantastic spin off to Eisenhorn about his Interrogator/apprentice, so same genre. Still waiting the sequel to Pariah. Hurry up Dan Abnett!

But yeah, there’s a lot of material to go through and I haven’t met anyone who’s gone through all of it. So you can just pretty much pick a spot and jump in, just keep in mind that it leaves a lot of room for interpretation so your view won’t be the same, or even agreeable with someone else’s.

I actually read Ravenor before Eisenhorn. It, too, is fantastic.

A nice place to dive into the meat and mechanisms of the lore (for those really interested) is the /r/40klore subreddit. Mostly, it’s a nice spot to ask questions and read debates from the more knowledgeable 40k nerds about what means what.

But yeah, I totally agree about diving in anywhere. Just figure out what kind of story you want to read, and as long as there’s sci fi and action involved, you can find the appropriate novel. Personally, I recommend the Ciaphas Cain series as a “soft” entry to the lore - the books tackle a lot of the broad strokes of the universe with solid humor and detail (even has footnotes explaining things).

From what I can tell that’s just the Fantasy license that has gone to Cubicle 7. I can’t find any mention of the 40k license, unfortunately.

Bolter and chainsword is also a good place for that. Or at least it’s where I go.

It’s also a good place to view some fantastically put together armies. I think my favorite would be Firestorm40K’s Legion of Taurus just because it’s all kitbashed minis with completely homegrown background and it’s just all awesome.

Although there is no xenos talk.

Another decent start is Gaunt’s Ghosts in my opinion, but that is a huge series and could get confusing because certain aspects are depicted a specific way in so many other pieces of the background, and then Dan Abnett throws his own twist on it. But it does get a lot of cool things as a result, like the Blood Pact and their blood witches.

Jabba, Ragged_Ron, Vyre. Thanks a bunch :). This helped alot.

Just to bump this a bit. Looks like someone got the 40k RPG license:

More details will be around at Gencon, but they have said that it’s a new D6-pool system and, more on topic for this thread, “In the meantime, if you are eager to revisit previous Warhammer 40,000 Roleplay products such as Rogue Trader, Dark Heresy, and Deathwatch, they will be available soon on DriveThruRPG!”.

Yeah, the license acquisition was announced a while ago.

I’m excited to hear about the D6 pool system (fast and hard gameplay), and the fact that it looks like it’ll be designed for flexible character play in mind (xenos, etc.). And most particularly - Dark Imperium. We don’t have much new lore on what’s going on over there yet.

The background is largely up at my website ( link ), albeit originally written up for WFRP first edition rules (before Dark Heresy came along). Those WFRP1 edition mechanics are no longer there save for some WFRP1 style stat blocks here and there, and I’ve kept meaning to update the mechanics side of it to match Dark Heresy - which is now in publishing limbo again, of course. Most of those mechanics were cut when Dark Heresy became available.

I’m watching to see if there’s any sign of Cubicle 7 taking up the Dark Heresy license, or failing that, I’m thinking of converting those crunchy bits to Zweihander when/if a 40K-esque rules expansion for that comes out. There were ‘Dark Astral’ rules in the Zweihander early access rules, that effectively cover exactly that. They didn’t make the released rulebook (cut for space, I think) but could well make it to an expansion book.

For the record, the PDFs of all (I think) of FFGs WH40k RPG books are now back on drivethrurpg, under Ulisses NA’s banner.